Over 160 million euros for the fight against Ebola

The fight against the Ebola epidemic in West Africa is posing a dramatic challenge for the international community. The German Government is continuously expanding its assistance and support for the countries affected, providing 161.7 million euros to date. In his capacity as Special Representative of the Federal Government, Ambassador Walter Lindner – formerly Regional Director for Africa and Crisis Management Commissioner at the Federal Foreign Office – directs and coordinates all aid measures.

The Ebola epidemic has been spreading in West Africa since December 2013. The three West African countries Guinea, Liberia and Sierra Leone are particularly severely affected. The Special Representative of the Federal Government for the Fight against the Ebola Crisis, Walter Lindner, made several trips to the affected region between October and December 2014 in order to gain an insight into the situation on the ground. After his most recent trip, Lindner said that while international assistance may have taken time to arrive, it was now reaching the countries affected from many sides.

A poster warning against the Ebola outbreak © dpa/picture alliance

Isolate Ebola, not the affected countries

Germany is the only major donor to maintain a presence in all three of the countries most badly affected by the crisis: the German Government has to date made 161.7 million euros available for the fight against the Ebola epidemic. These funds are going to the World Health Organization (WHO), humanitarian NGOs and scientific institutes which are providing assistance on the ground.

The funds made available by the German Government are supporting numerous logistical, preventive and humanitarian projects in the affected countries.

The Bundeswehr has established an airlift for humanitarian assistance to Guinea, Sierra Leone and Liberia. The airlift is used by the UN mission UNMEER. German funding has also been used to provide 400 special motorcycles for transporting blood samples.

The German Red Cross and the Bundeswehr have set up a centre in Monrovia (Liberia) for treating people infected with Ebola. Support is also being provided for a treatment centre in Sierra Leone.

In addition, Germany has provided the world’s most modern Medevac aircraft to transport severely ill aid workers infected with the Ebola virus. The converted passenger plane was fitted specially with a hermetically sealed isolation tent and several airlocks. For more information about the German Government’s new evacuation aircraft click here.

Deployment of German staff on the ground

The fight against Ebola does not only require infrastructure, personnel are needed on the front line: several hundred German volunteers responded to a call issued by the German Red Cross and received training for their deployment in West Africa. Some helpers are already in the region. Arrangements for their deployment are flexible, depending on how case numbers develop.

Finally, the German Government has also set up a central platform for donations from the private sector. It is above all medication, protective equipment, infusions and isolation units that are needed. All donations received are carefully scrutinised for their suitability for use in the Ebola outbreak.

German Bundeswehr experts teach Malian experts how to use the laboratory unit. © AA

A mobile laboratory for diagnosing Ebola

The German Partnership Programme for Excellence in Biological and Health Security makes an important contribution to the fight against Ebola. Together with the Bernhard Nocht Institute for Tropical Medicine (BNI), projects have been run to improve the diagnosis of cases of Ebola as well as to train local personnel in Nigeria and Guinea.

Moreover, scientists from the BNI, the Bundeswehr Institute of Microbiology (IMB) and the Robert Koch Institute (RKI) are active in the affected region with mobile laboratories. This makes it possible for the deadly disease to be recognised in remote regions and for patients to be isolated. For more information about the mobile Ebola laboratory in Mali click here. 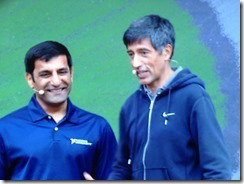