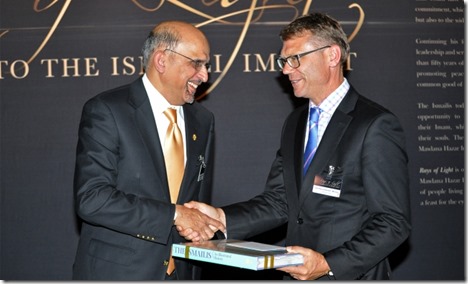 President Azeem Chunara presents a gift to Minister Paul Goldsmith, who was Chief Guest at the opening of the RAYS OF LIGHT exhibition in Auckland. Ismaili Council for ANZ 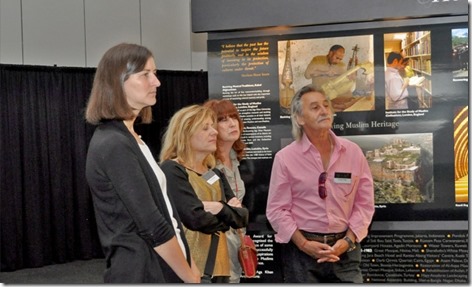 Ellen Sandell, MLA for Melbourne in the Victorian legislature, tours the RAYS OF LIGHT exhibition. Ismaili Council for ANZ 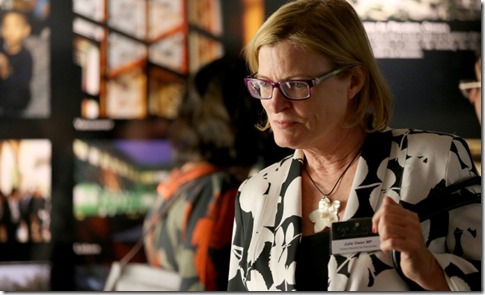 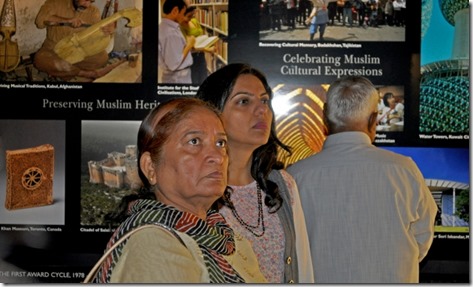 Members of the Jamat take in RAYS OF LIGHT in Sydney. The exhibition just completed its tour of Australia and New Zealand. Ismaili Council for ANZ 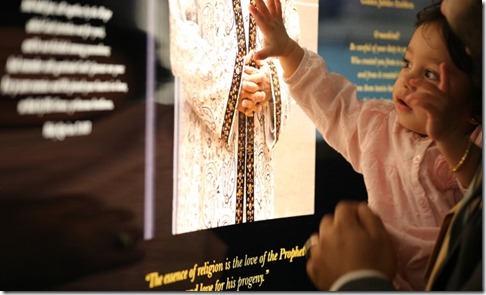 For Ismaili Muslims, RAYS OF LIGHT can be a very emotional experience – a powerful reminder the connection between a murid and the Imam of the Time. Ismaili Council for ANZ 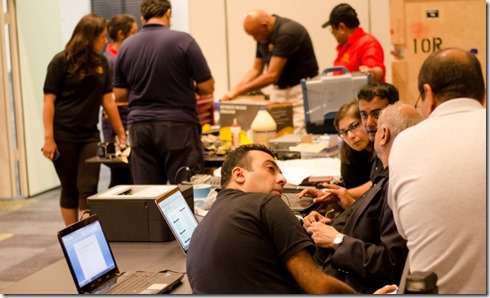 Over 600 volunteers supported the RAYS OF LIGHT exhibition as it traveled to Sydney, Melbourne and Auckland between November 2014 and February 2015. Ismaili Council for ANZ

Auckland, New Zealand, 3 March 2015 — RAYS OF LIGHT: Glimpses into the Ismaili Imamat, concluded its tour of Australia and New Zealand in Auckland last week, where it was welcomed warmly by the Jamat as well as the wider community.

“This exhibition was designed by the Ismaili community to commemorate the Golden Jubilee of the Imamat of His Highness the Aga Khan,” explained Rai Azeem Chunara, President of the Ismaili Council for Australia and New Zealand, in his remarks at the opening event on 20 February.

The photographic exhibition gives insight into Mawlana Hazar Imam’s enduring commitment to improving the quality of life of humanity at large, and highlights the impact of the Aga Khan Development Network’s endeavours in Africa, Asia and elsewhere.

“It expresses so elegantly the breadth of the Imamat’s contemporary activities as well as its historical and ethical roots, that it seemed a special opportunity to bring some of our closest and most important partners to explore it,” added President Chunara.

A number of leaders from government, civil society and academia attended the event, including the Honourable Paul Goldsmith, New Zealand’s Minister for Commerce and Consumer Affairs, who described it as “an avenue of fostering harmony between different backgrounds and cultures, man and the environment.”

For members of the Jamat, Rays of Light was a particularly emotional experience.

“Every time you walk in, you have goose bumps,” says Salim, a visitor to the exhibition. He and fellow visitor Samir felt that the “emotional ambience that has been created inside the exhibition” tapped into that special connection between an Ismaili murid and the Imam of the Time. “You appreciate the work that Mawlana Hazar Imam has been doing for people round the globe.”

Present in Australia and New Zealand for over three decades, Ismaili Muslims are well settled into the social and economic fabric of their countries of their residence. Many see good prospects for partnership with the governments and institutions of Australia and New Zealand to create new opportunities in the Asia-Pacific region, and hope that the exhibition has paved a path towards dialogue and future engagement.

“I congratulate Ismaili Jamat for bringing the Rays of Light Exhibition to Auckland and displaying it so successfully,” said Member of Parliament Dr Parmjeet Parmar. “It’s been a great pleasure to be here and learn more about Aga Khan and Aga Khan Development Network.”