The sky’s the limit when it comes to the United States’ campaign finance system. Increasingly, the country’s richest sector is gaining influence and control over America’s politicals. The development threatens the country’s once proud democracy. 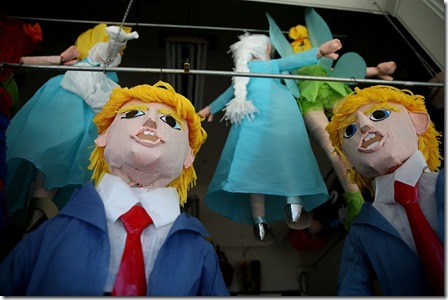 Poking fun at the über-oligarch: Donald Trump pinatas are displayed in the window of a store in San Francisco’s Mission District.

The two candidates currently attracting the most attention in the American presidential primaries seem to be polar opposites. First, there’s self-declared socialist Bernie Sanders, who can pack entire arenas with as many as 20,000 supporters. And then there’s a man who claims to possess $10 billion, Donald Trump, who is leading in the broad field of Republicans. The two do, however, have one thing in common: They reject the US campaign finance system. One out of conviction; the other because he has the resources to finance his own campaign.