Poetry is the voice of God speaking through the lips of man. If great painting puts you in touch with nature, great poetry puts you in direct touch with God. It is not a soft indulgence, you need to be wide awake, with all your wits about you, to share the poet’s joys. And, indeed, happiness is never a negative affair; it is to be won by men who are fully alive, full of the joy of living.

As members of a rich and vibrant esoteric tradition of Islam, Ismaili Muslims has always emphasized intellectual exploration in matters of faith. The present and hereditary Imam of the Ismailis, Shah Karim al-Husayni Aga Khan IV, has often discussed the “interdependence of spiritual inspiration and learning” and said that “the widening of man’s intellectual horizons [is] essentially (an) Islamic [concept]” (Mawlana Hazar Imam, Aga Khan University Speech, November 11, 1985). Throughout history, the Ismaili Imams and their murids have extended this intellectual search to the spiritual realm and the esoteric knowledge emanating from this search has been expressed in mystical, intellectual and doctrinal poetry.

Although poets like Rumi and Hafiz are better known in the West, many Ismaili poets are now being recognized for the literary titans that they are and their remarkable works are being revitalized. Even Ismaili murids today, such as Khayal Aly Dhanidina, Ikhwan Allani, Shaqiera Ladhu, and Aly Sunderji, have taken cues from the Ismaili poets of the past and continued this beautiful tradition. One of the most distinctive elements of Ismaili Muslim poetry is how it serves as an expression of intellectual depth, theological doctrine, and esoteric gnosis. Let us briefly look at 10 Ismaili poets that every Ismaili Muslim today should know about and be proud of:

The 33rd Ismaili Imam ‘Abd al-Salam lived in Anjudan during a time of concealment or dawr al-satr. During this period, the Ismaili Imams outwardly posed as Sufi pirs and shaykhs to safeguard their lives and ensure the safety of the Ismailis. However, despite common misconception, this does not mean that he hid in a cave where no murid had any access to him. In fact, certain murids did indeed have physical access to the Imam and Imam ‘Abd al-Salam was no exception. On the occasion of the ascension to Imamat of Imam ‘Abd al-Salam, one of his murids with the pen name Salik commemorated the event in exultant poetry, declaring: “He’s arrived! With healing breath like Christ, son of the saved Mary. Greetings unto him…Salutations, salutations, for this wonderful news, which arrives without doubt from the heavenly orb of the world of religion.” (S. Virani, The Ismailis in the Middle Ages, 120).

Imam Shah Khalil Allah was succeeded by his son Imam Shah Nizar (1680 – 1722), and this Imam moved the headquarters of the Imamat from Anjudan to the village of Kahak where one can still find his tombstone. A poem by Syrian Ismaili al-Hajj Khudr b. Yusuf, who journeyed to Kahak, illustrates his devotion to the Imam of his time, the fortieth Ismaili Imam Khudawand Nizar II: “O people of the House of God in his realm of angels, You have captured my longing, my desire; At your splendor all eyes gaze hearts overflow with your secret My path is your light…my eyes yearn only; For a vision of your beauty That all day long Naught else occupies my heart.” (F. Daftary, The Ismailis – An Illustrated History, 171) 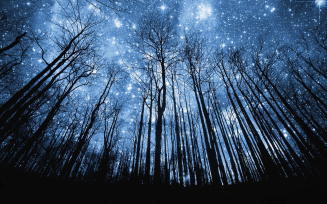 Born in Andalusian Spain, Ibn Hani was renowned all over the Arab-speaking world for his poetry. Unfortunately, he was forced to leave his homeland for his intense devotion to the Ismaili Imams. Eventually becoming the Fatimid court poet, he wrote widely admired Arabic verses that captured doctrinal poetry with unique verve. Unfortunately he “died mysteriously, probably murdered by ‘Abbasid or Umayyad agents.” (See Faquir Hunzai, Shimmering Light, 23) 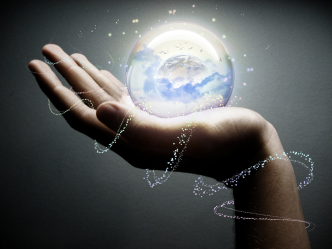 Eldest son of the 14th Ismaili Imam al-Mu‘izz li-Din Allah and brother to the 15th Ismaili Imam al-‘Aziz, Prince Tamim was a consummate poet and a devoted Ismaili. His verses are full of praise for his glorious spiritual and physical father – the Imam. However, as with the other Ismaili poets, his panegyric is not simply praise but is full of intellectual and doctrinal content. Here is an example of one such poem addressed to his father – the Imam al-Muizz – on the occasion of the festival of Nawruz: 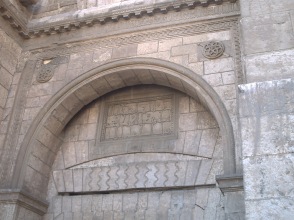 A picture of one of Fatimid Cairo’s famous gates, the Bab al-Nasr. These gates are also symbols for the Babs (gates) of the Imam, one of whom was al-Mu’ayyad al-Shirazi.

Among the most important intellectuals of the Fatimid Caliphate, al-Mu’ayyad al-Shirazi was called a “towering mountain of knowledge” by the Imam al-Mustansir who also announced Shirazi’s exalted spiritual rank second only to the Imam himself: Bab al-Abwab (Gate of Gates), equal to the rank of Pir of the South Asian Ismaili tradition. The Imam himself praised the Fatimid Da‘i Shirazi, saying: “Your like cannot be found among those that have gone —among all people—nor those that remain.” (Tahera Qutbuddin, Al-Mu’ayyad al-Shirazi and Fatimid Da‘wa Poetry – A Case of Commitment In Classical Arabic Literature, 78)

In the tradition of the Ismaili Da‘i polymaths before him, Nasir-i Khusraw was a master of many fields including philosophy, theology, poetry, and travel-writing. Most importantly, Nasir-i Khusraw became the Hujjat (proof) of the Imam in Khurasan – there are 24 Hujjats of the Imam spread throughout the world in every period of history. Raised in Khurasan, he describes his life as a wastrel living in dissipation until he experiences an epiphany in his forties. The epiphany leads him to give up a very lucrative court position to pursue existential truths all the way to the seat of the Fatimid Imams in Cairo where he learns at the feet of the great Fatimid intellectual al-Mu’ayyad al-Shirazi, of whom he would eventually become the most famous and exemplary student. While he reached the exalted spiritual rank of Hujjat (“proof” of the Imam) – two levels under the Imam among the ranks of religion (hudud al-din) – his house was burnt down and he was banished from preaching in his native Khurasan. Nasir lived out the rest of his life in exile in the village of Yumgan in modern day Afghanistan. (Faquir Hunzai, Shimmering Light), 51) 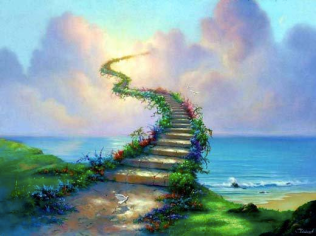 Only ten years old when the Mongols massacred the vast swaths of Ismailis in his area, the Ismaili Da‘i Nizari Quhistani grew up in a region where admitting to be Ismaili was like asking to be executed – his son was even arrested for “propagating the Ismaili faith”; thus, Nizari was reticent about admitting his faith publicly. However, his pen-name itself hinted at his religious affiliation and his poetry itself is full of allusions to his Nizari Ismaili identity and praise of the Ismaili Imam. Ivanow, the pioneer scholar in the study of Ismaili literature, noted that “only someone uninformed about Ismaili studies could even consider that the Dastur-nama was not written by a follower of Ismailism.”

Khaki Khurasani lived during the Imamats of Imam Dhu’l Faqar ‘Ali (1573-1634) and Imam Nur al-Din (1634-1671). Unlike other Ismaili poets, he openly proclaimed his Ismaili faith and, like many of them, was persecuted for it. He was even tortured. Not only did he continue to compose intellectual and doctrinal poetry ripe with Ismaili beliefs, but also his descendant Fida‘i Khurasani continued this family tradition. Fida‘i Khurasani lived at the time of Imam Sultan Muhammad Shah and traveled several times to meet the Imam, who then resided in India. Not just a poet, Fida‘i Khurasani also authored books on Ismaili theology, law and history. Some of their poetry is quoted below:

Allamah Nasir (Hubb-i ‘Ali) was born in 1917 in Hyderabad (Pakistan). A prolific poet and author of various works of Ismaili theology, he writes in Persian, Turkish, Urdu and even Burushaski. In 1948 Mawlana Sultan Mohammed Shah appointed a mu’min from Hunza, known as Fath Ali Khan Sahib, with the mision of establishing Jamat Khanas and schools in China. Fath Ali Khan Sahib was accompanied in this mission by Allamah Hunzai. Due to the religious and political tensions prevalent in the area, Allamah Hunzai was always in constant danger and later imprisoned and tortured for some time. After returned to Pakistan, he continued his services to the Jamat and composed poetry in the praise of the Imam of the Time and the Ahl al-Bayt. Allamah Hunzai wrote his first book in prose, “The Chain of the Light of Imamat” in 1957 and this began a long history of writing books. He moved to Karachi and joined the Ismailia Association in 1962. During the 1960’s he established an institution known as Daru’l-Hikmat al-Ismailiyyah for the purpose of publishing his works. In reply to a submission to the Imam, he was sent a Taliqah blessing his new venture. This institution was later renamed as Danishghah-i Khanah-i Hikmat (DKH). Around the same time he also published some devotional poetry (written in his native language, Burushaski) submitted to Mawlana Hazar Imam who expressed his happiness for this service and referred to Hunzai’s poetry as a “Ginan Book in the Hunza language.” (Aga Khan, October 9, 1961)

Read full and datail on: http://ismailignosis.com/2015/12/05/10-ismaili-muslim-poets-everyone-should-know-about/