AKU’s Faculty of Health Sciences in East Africa has won a grant from the Newton-Utafiti Fund, a collaborative partnership to strengthen links in science and innovation between the UK and Kenya, to conduct a health research workshop that will bring together researchers from the two countries. 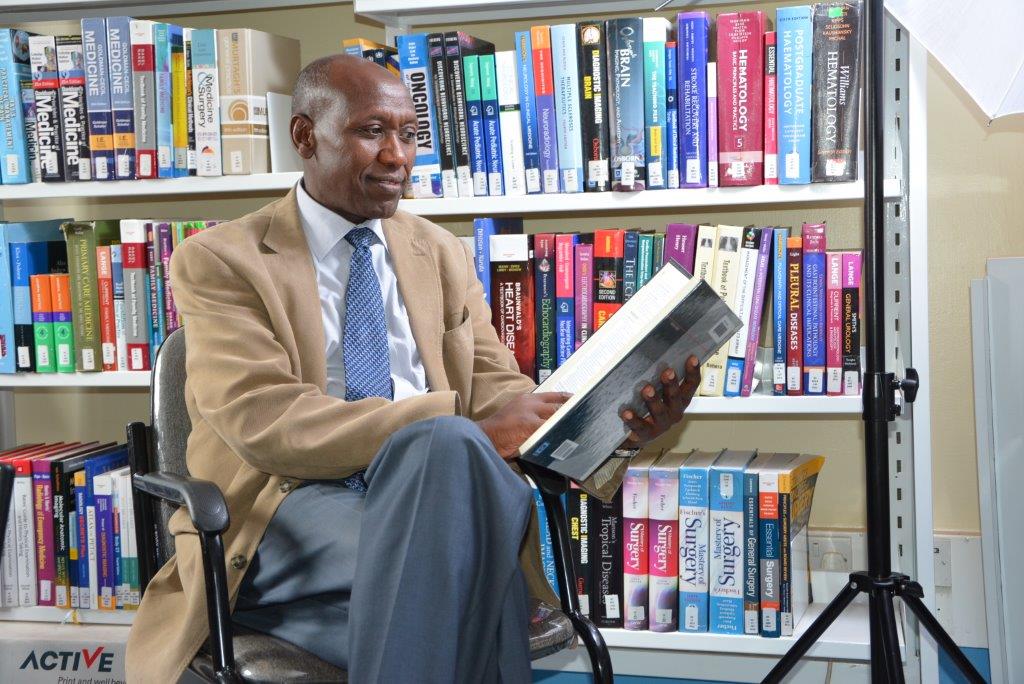 The Newton-Utafiti Fund is part of the wider Newton Fund family with Kenya becoming the 16th country to participate, joining two other countries on the continent Egypt and South Africa. In Kenya

“While the immediate beneficiaries may be early career researchers, the ultimate winners will be the populations of the partnering countries.”
Professor William Macharia

, the Fund is administered in partnership with the Kenyan Ministry of Education with funding from the National Council for Science, Technology and Innovation, the National Research Fund and the Kenya National Innovation Agency.
Professor William Macharia, head of research services at the Faculty of Health Sciences discloses the details.

Utafiti is Swahili for ‘research’. Tell us more about the fund.​

​The Newton-Utafiti Fund consists of multiple par​ties contributing to a single fund that provides a number of grants for the hosting of workshops, capacity building scholarships and primary research. The fund will give local scientists the opportunity to build academic relationships through joint research and is likely to be the beginning of long term partnerships among different researchers.

The researchers would have the opportunity to be trained by highly skilled resource persons. We have Professor Marleen Temmerman, head of Department of Obstetrics and Gynecology, and the director of the Centre of Excellence in Women and Child Health in East Africa. She brings in a lot of experience from Ghent University in Belgium where she is a full Professor of Obstetrics and Gynecology and the World Health Organisation, Geneva, where she was the director of the Department of Reproductive Health and Research. Similarly, we have highly qualified individuals from the three partner countries. We also expect Professor Zulfiqar Bhutta, global Director, Centre of Excellence in Women and Child Health to attend.
The participants will therefore have opportunity to listen to and be mentored by highly distinguished individuals and by the end of the workshop they will have developed new research knowledge and skills that they can implement.  For the populations in the partnering countries, the workshop will help attract funding aimed at addressing challenges related to women and child health.