The Muslim world is in upheaval: who will have the authority to interpret the teachings of Islam in future? Cairo′s Al-Azhar University regards itself as fit for the job. But the times are changing and the master may yet become the student. Indeed the pope′s visit was literally something of a god-send. By Alexander Goerlach

Both sides agree that the pope’s visit to Egypt and to Al-Azhar University was a success. Pope Francis managed to revive the dialogue between the Vatican and the oldest university of Sunni Islam, which was broken off a couple of years ago under his predecessor Pope Benedict. And thanks to the celebrity visitor from the other side of the Mediterranean, the grand sheikh of Al-Azhar, Ahmad Mohammad al-Tayyeb was able to pull the spotlight back onto his institution.

The last couple of years have been hard going for Al-Azhar: much favoured by Egypt′s erstwhile dictator, Hosni Mubarak, the university lost the majority of its flock when the Arab Spring broke. The Muslim Brotherhood, suppressed during Mubarak’s long reign, became the darling of the masses. Founded in 1928 in Egypt, the Muslim Brotherhood had enjoyed a base of clandestine support for decades. Al-Azhar was subsequently forced to watch while its former opponents in matters religious scaled the political ranks to fill the spaces left by Hosni Mubarak and his cronies′ departure.

Reactionary positions give way to reconciliation

The Vatican, which has changed its idea about non-Christian religions dramatically since the Second Vatican Council in the nineteen sixties, adopted a more reactionary tone under Pope Benedict XVI. During a speech in Regensburg in 2006, the German pontiff uttered a historic phrase, which was interpreted as meaning that all Muslims are inclined to intolerance and even violence. 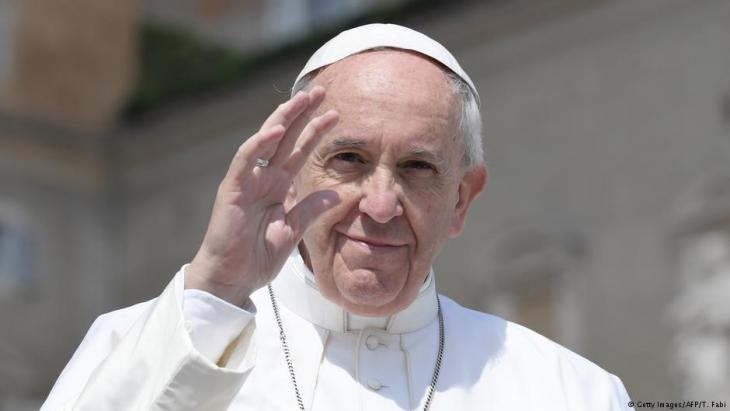 Political instrumentalisation of religion unacceptable: during his speech at the International Peace Conference hosted by Cairo′s Al-Azhar University, Pope Francis emphasised that violence is at odds with authentic religious belief. ″As religious leaders, we are called to unmask the violence that masquerades as purported sanctity.″ He lamented the dangerous confusion of religious and political spheres. This harbours the ″risk of religion being absorbed into the administration of temporal affairs and tempted by the allure of worldly powers that in fact exploit it″

Benedict′s personal repentance took the form of a conciliatory trip to predominantly Muslim Turkey. The relationship with Al-Azhar, however, was severely compromised and the process of dialogue, which had continued unabated between Al-Azhar and the Holy See for forty years came to a standstill.

A few years prior to the meltdown, both parties had come out to the world after 9/11 with a mutually signed declaration stating that violence in the name of God was a crime not sanctioned by the teachings of either religion. Hopes where high that the often violent history between East and West might become a thing of the past.

Pope Francis for his part has flipped the coin again. As the first non-European on the throne of Saint Peter, he is not burdened by the history of war and conquest that the antagonists share. With Benedict′s successor urging every parish and every monastery in Christian Europe to take in one Syrian refugee family, many people in the Muslim world have come to like this man. 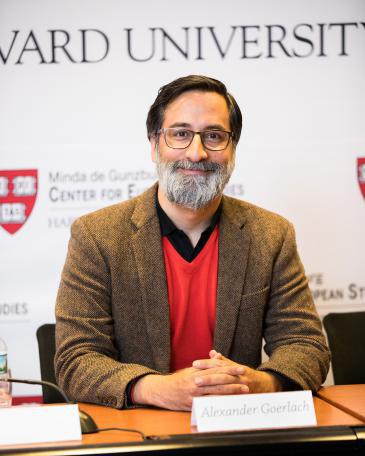 Alexander Goerlach is a visiting scholar at Harvard University where he researches in the field of politics and religion at both the Center for European Studies and the Divinity School. He holds PhDs in linguistics and in comparative religion. In the academic year 2003/2004 he studied at Al-Azhar University in Cairo

Yet, the battle for religious identity is on again, in both the Christian and the Muslim worlds. Both sides are aligned in their desire to remain the accepted authority over religious affairs.

The pope, on the one hand, needs to realise that self-proclaimed Catholic nations such as Poland do not follow the bidding of their spiritual leader and engage in hostile rhetoric against Muslim refugees.

Al-Azhar for its part is also confronted with pressure from within the Muslim community: thanks to social media, the faithful in Nigeria, for instance, are nowadays capable of seeing how Muslims in Malaysia live and interpret their religion. This is leading to a huge array of internal conflicts.

And, as if this were not enough, dealing with the radicalism of Stone Age Islam originating from Saudi Arabia on one hand and highly militant movements such as Daesh and al-Qaida on the other eats up most of the time and energy of the established clergy.

At least it is fair to assert that the meeting in Cairo brought about a reconciliation on both sides. Egypt could also do with a break however: the country has been shaken by violence at the hands of Islamic State, causing the killing of dozens of Coptic Christians.

The Christian minority on the Sinai peninsula has been turfed out by the same forces of evil. The Egyptian president Abdel Fattah al-Sisi is under siege by his opponents for not doing enough to prevent attacks on the citizenry.

The narrative in Egypt is that all its inhabitants, Muslims and Christians alike, derive from the ancient civilisation of the Pharaohs. It is this narrative that has made Muslims and Christians draw closer together after every attack. In situations like these, religious authority is necessary. In the case of Islamic State, however, it was not provided by Al-Azhar, but by around 130 Muslim theologians from all Muslim countries and the diaspora that engaged in writing a theological bulla, laying out why Abu-Bakr, the self-proclaimed caliph of the Islamic State, has no dominion over Muslim teaching whatsoever. This move was brave and unprecedented.

The future of Muslim theology may lie in the hand of new Muslim institutions that arise in the digital age, challenging the authority of the once sacrosanct Al-Azhar. The Peace Conference in Cairo that featured the most prominent Christian on earth was a moment of striking back. A moment, not more. Time will tell whether Al-Azhar can move on and become a platform of contemporary Muslim thought.