“My mother-in-law changed her attitude from hostility to friendship when I started earning from my business and now she loved me more than my husband (her son) and this is a great achievement for me,” said Zubaida, a young lady from upper Chitral who was sharing her success story in a congress of youth. She narrated how she drove out her family from the morass of poverty and transformed it into an affluent one within a short span of two years. 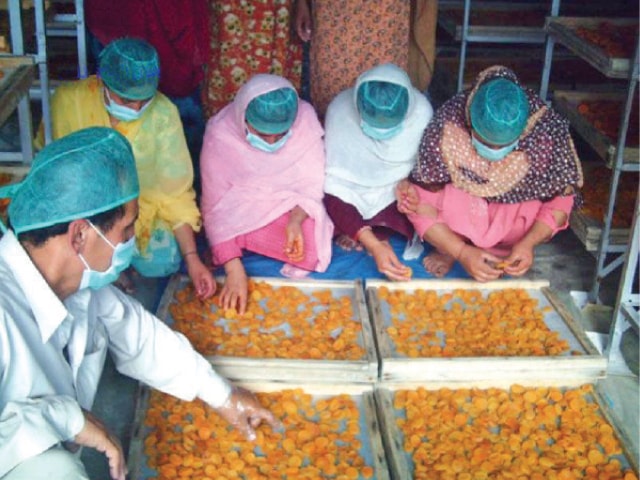 Women being trained in dehydrating apricots in Chitral. — Dawn

Zubaida was talking about a project named “Enhancing Employability and Leadership of Youth (EELY)”, which was launched in Gilgit-Baltistan and Chitral (GBC) six years ago by Aga Khan Rural Support Programme (AKRSP) and funded by the Department of Foreign Affairs, Trade and Development and the Aga Khan Foundation of Canada. The youth congress was held to bring to fore the results, achievements and lessons learned and the implications for future programming at the expiry of the project launched in Gilgit-Baltistan and Chitral.

Sharing the outcome of the project, a number of youth from different villages described how they were included in the consultation process of collective works and affairs of the village and they were no more marginalised in the decision making process.