If Israel doesn′t accept the deep concessions it will have to make for peace, the recent reconciliation between Hamas and Fatah will not mark the beginning of the end of the Israeli-Palestinian conflict. It will merely be the start of a new chapter. By Daoud Kuttab 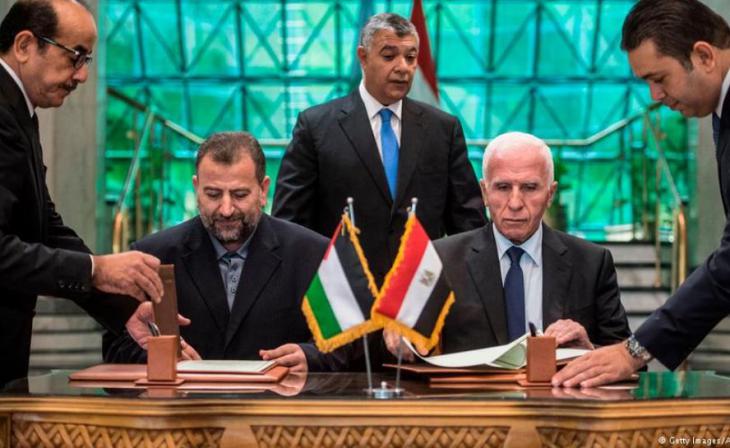 The ceremony, held at the intelligence agency′s headquarters, was orchestrated entirely by the Egyptians, who view the reconciliation as a stepping-stone to a much larger goal. As the agreement stated in its opening, it stemmed from Egyptian President Abdul Fattah al-Sisi′s ″insistence″ on ending the divisions among Palestinians, ″with the aim of creating an independent state″ along pre-1967 borders.

When representatives of the two major Palestinian factions, Fatah and Hamas, signed a new reconciliation agreement in Cairo on 12 October, the focus was not on those actually doing the signing, Fatah Central Committee member Azzam al-Ahmad and Deputy Head of the Hamas Politburo Saleh al-Arouri. Instead, all eyes were on the man standing behind them: Khaled Fawzy, the head of Egypt′s General Intelligence Directorate

Egypt′s leadership in this process will raise the country′s standing in the Arab world, reinforcing its position as a regional heavyweight. Already, the reconciliation agreement between Hamas and Fatah has gone some way towards achieving that, while providing a badly needed morale boost for Sisi′s government.

The good news for Egypt is that the Palestinians have shown a renewed willingness not only to pursue reconciliation, but also to get behind a difficult negotiating process with Israel and its main strategic ally, the United States. This revival of Palestinian national politics largely reflects the recent shift in Hamas′ stance, which follows years of trials for the Sunni Islamist organisation.