A place of spacious dimensions, and large population, with fine bazaars. It contains numerous mosques, and there is no wall around it.

To the modern reader, this is perhaps one of the more striking descriptions the medieval Moroccan traveller, Ibn Battutah, offered of the places he visited. Not because it contains anything shocking, but because of the town it portrays: Gaza.

For the city, and the war-torn strip of coastal land with which it shares a name, are today defined principally by the walls around it. Gaza has been held under siege for the best part of the last decade, since Hamas came to power in the territory. 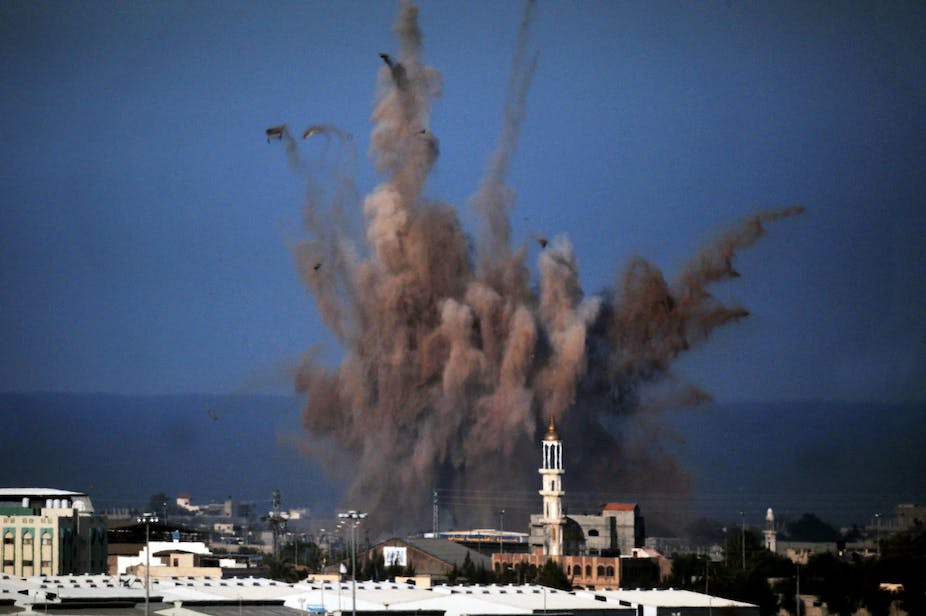 Recent political developments, in the form of a unity government, mean that there may be more future movement through the southern border, with Egypt. Still, Gaza remains fenced in to the north and east by the Israeli Army, which vastly outguns any enemies it has in the territory. To the west lies the Mediterranean. Some shores of that sea are famous for tourism; stretches of its eastern edge are more readily associated with armed conflict, human suffering and wasted potential. Gaza definitely falls, along with Syria, into the latter category.

Without the beaches, life in Gaza would surely be immeasurably worse. The currents there make swimming hazardous; winter storms can be surprisingly violent. Yet the sky and the waves offer some relief in the form of light and air to a place where life can seem suffocating.

As Donald Macintyre observes in his important new book, Gaza: Preparing for Dawn, the sea might also offer economic salvation. The discovery offshore of a gas field, Gaza Marine – estimated to hold a trillion cubic feet of natural gas – promised the solution to many of Gaza’s economic and energy woes.

Perhaps predictably, politics and conflict have conspired to stop that happening. Gaza Marine remains unexploited. Like the “telegenic background of a huge gas flame shooting into the air” – against which Macintyre describes the late Palestinian leader, Yasser Arafat, announcing unfulfilled plans to draw the wealth from beneath the waves – it has flared, and died.

It was into that sea that I watched for the final time a bright orange sun set in the spring of 2004. Since 2002, I had been the BBC’s correspondent in Gaza. At the time, I was the only international journalist permanently based in the territory. The kidnapping of my successor, Alan Johnston, in 2007 just as he was due to finish his posting, means that while correspondents continue to visit, they do not live there.

Read more on The Conversation com

The Gazans are a uniquely imprisoned people, most of them unable to travel to the West Bank, let alone Israel – where tens of thousands once worked – and unable to flee in times of war. Despite the devastation that has been wrought, they remain courageous, outspoken and extraordinarily resilient. From crowded refugee camps to factories still operating in the face of economic siege and bombardments, and from its five busy universities to the hospitals low on equipment but high on skilled and dedicated medical staff, Donald Macintyre provides us with the most comprehensive and most hopeful picture of Gaza yet.

Through the stories of its people and interviews with international and Israeli policymakers, Donald Macintyre explores Gaza’s history, conflicts and struggles. Challenging our assumptions about the fate of the region, he proposes an alternative to the vicious cycle of poverty and redevelopment punctuated by devastating violence that Gaza is seemingly trapped in. He convincingly outlines why, against all received wisdom, Gaza’s potential to be a vibrant and prosperous maritime enclave can be realised and the overwhelmingly positive effect this would have for an emerging Palestine, the people of Israel and beyond.