Two decades ago, on 11 July 1998, Mawlana Hazar Imam and then-President of Portugal Jorge Sampaio officially opened the Ismaili Centre Lisbon. The Centre’s 20th anniversary coincided with the Diamond Jubilee Celebration held in Lisbon earlier this month, during which thousands of visitors attended the building and its gardens for guided tours. 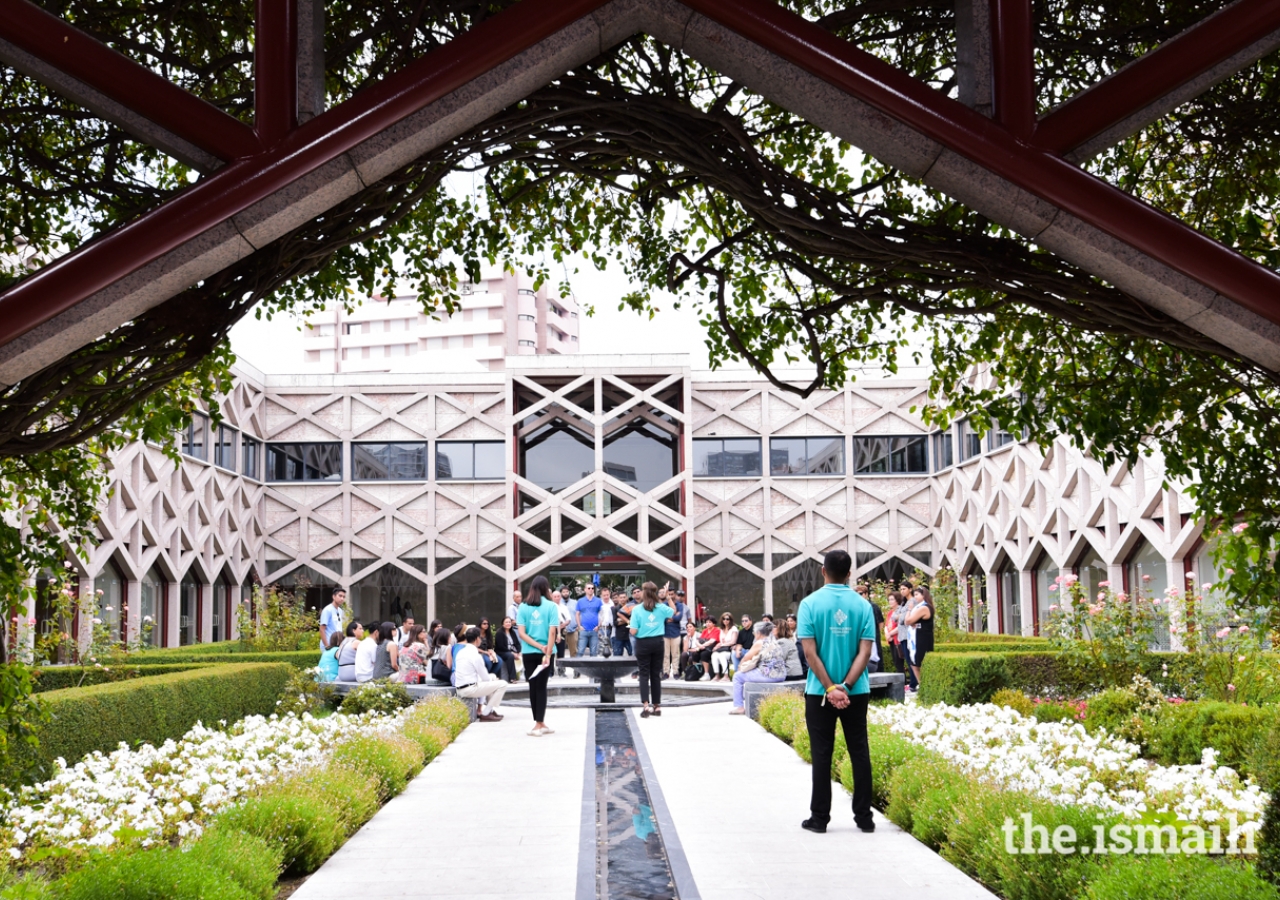 During the Diamond Jubilee Celebration in Lisbon, tours were arranged for members of the Jamat to visit the Ismaili Centre and its gardens.PHOTO: VAZIR KARSAN 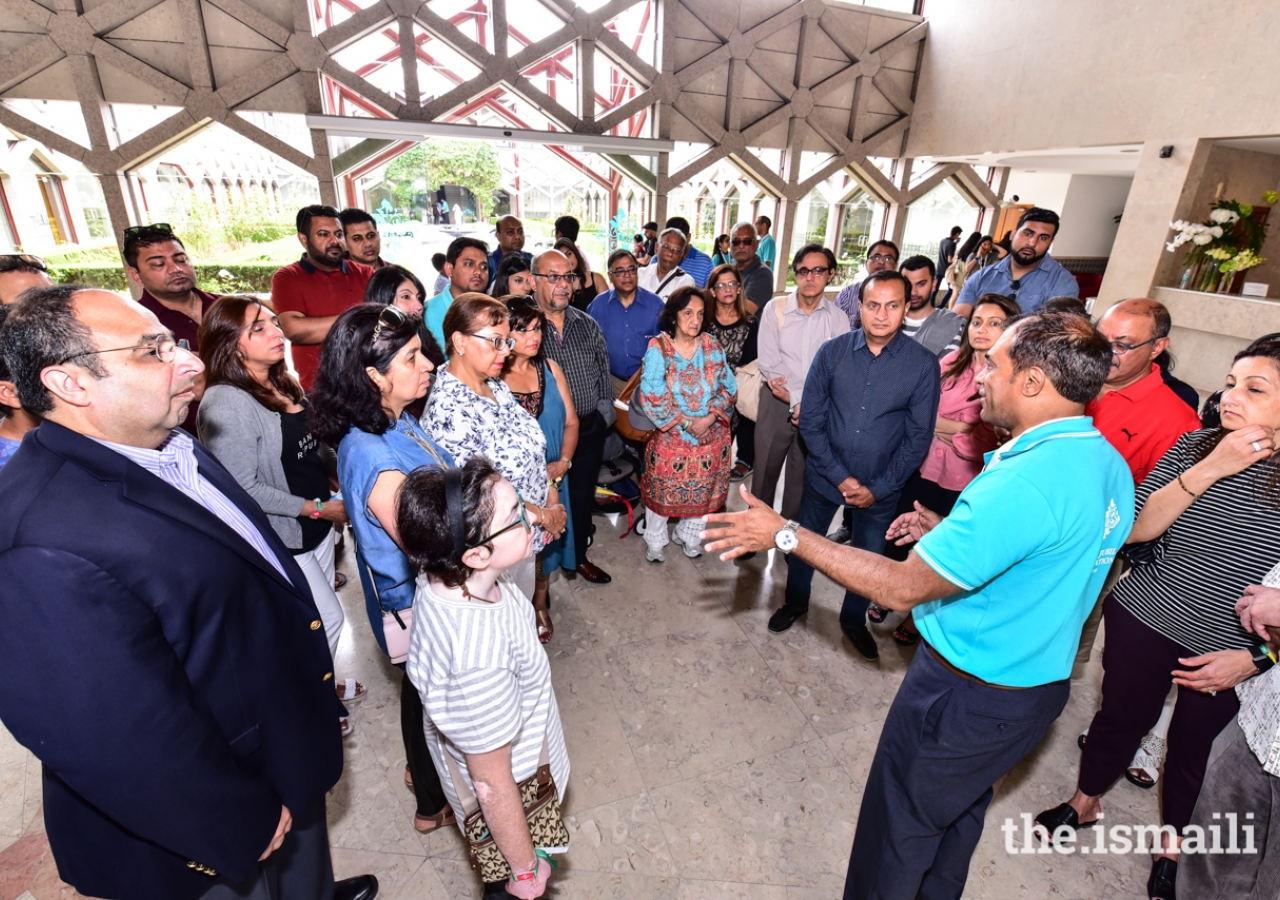 Over 24,000 people from all over the world visited and toured the Ismaili Centre while in Lisbon for the Diamond Jubilee Celebration in July 2018.PHOTO: VAZIR KARSAN 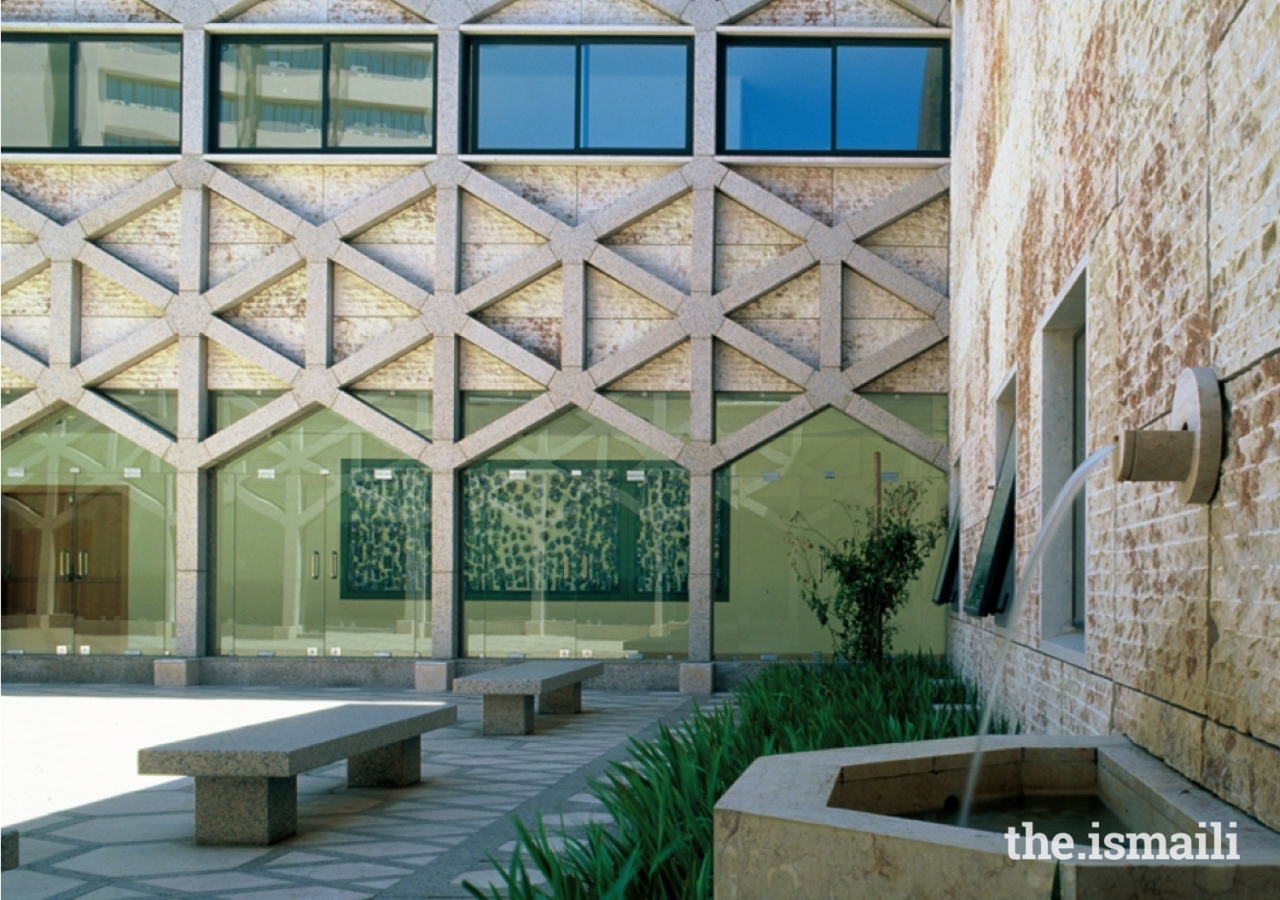 The various spaces of the Ismaili Centre are unique in that each allows for a variety of different uses.PHOTO: GARY OTTE

As part of a network of Ismaili Centres across the globe, the establishment of the Centro Ismaili in Lisbon in 1998 heralded a new chapter in the history of the Jamat in Portugal. Its opening marked the growing presence of the Ismaili Community in Portugal, many of whom had fled violence in Mozambique and other parts of the world.

At the Opening Ceremony of the building and its grounds, Mawlana Hazar Imam said, “The inauguration of the Centro Ismaili today symbolises both the welcome accorded by the Government of Portugal, the response of the Ismaili community to this land of harmony and opportunity, and its permanent commitment to Portugal. These new buildings and the spaces within and around them, are in rich symbolism; drawing on the plurality of cultures which characterise Ismailis here, and around the world. The array of facilities included is a reflection of the core values of the Ismaili community.”

During the Diamond Jubilee Celebration in Lisbon, tours were arranged for members of the Jamat to visit the Ismaili Centre and its gardens. Alongside the International Arts Festival, Jubilee Concerts, Exhibitions, and other activities, over 24,000 people from all over the world visited and toured the Ismaili Centre while in Lisbon in July 2018.

Tour guides lead Sara Sadrudin spoke of the honour of hosting thousands of visitors for this unique moment in our history, saying “Globally, Ismaili Centres express the plurality of cultures which characterise Ismailis here, and all over the world. As volunteer tour guides and ambassadors of these landmark buildings, it was an immense privilege to have the opportunity to welcome our brothers and sisters from different parts of the world to the Ismaili Centre in Lisbon.”

Nadim Pabani from the UK, who served with the tours team in Lisbon, brought his many years of experience gained as a STEP teacher and tour guide at the Ismaili Centre London. Speaking about the groups of visitors who came to see the Centre in Lisbon, he said “To be able to see so many members of the Jamat and beyond, from so many different traditions in the Jamat coming together in one place, with such happiness and such unity, has been really really inspirational.” Remarking on the architecture of the Centre itself, Nadim continued “There’s so much symbolism and power in the design of the building, and to know that we can share that with people in the Jamat and outside the Jamat is something I will take away with me when I go back to London.”

As visitors will have noticed, the various spaces of the Ismaili Centre are unique in that each allows for a variety of different uses. Volunteer Shumaila Galibdin explained that, “The Ismaili Centre (Lisbon) is a place where I can find the most peace, especially in its gardens. It is also a place that incorporates many different dimensions of our lives — not only as a place to pray, but also a place to celebrate together, to learn, and to work together for a bigger purpose. It’s a place where we can put into action the ethics of Islam.”
Scouts Leader Safik Cassamo sees the Ismaili Centre Lisbon as an important milestone in his experience with the Scouts.

“I was present in the construction of the Ismaili Centre as a Scout. I followed the whole process, and it ended up being an important mark for me as a Scout,” Cassamo said. “With the change, we had to learn to grow with rules … we started to have the responsibility of taking care of something that belonged to us, which helped us to grow, both in terms of our way of thinking, and as Scouts.”

The design of the Ismaili Centre Lisbon takes its inspiration from a diversity of architectural traditions from across the Muslim world, reflecting the Muslim heritages of Andalusia, Persia, Mughal India, and Turkey. The Centre’s architecture is also firmly rooted in its local context: its use of lioz and granite stone for example, echoes that of the Monastery Jeronimos in Lisbon. Characterised by its use of geometry and the fluidity between indoor and outdoor spaces the Centre draws heavily from elements of Islamic design. The Centre’s many outdoor spaces; its cloisters, and interior and exterior gardens are reminiscent of those at Alhambra in Granada, Spain, echoing the Moorish influence across the Iberian Peninsula.

As a place of communal gathering, spiritual contemplation, and quiet reflection, the Centro Ismaili also serves as a space in which partnerships are cultivated and bridges of friendship extended to surrounding communities. Sara Jamal, Building Manager at the Ismaili Centre, explained that over time, the Centre “started being an open space to the surrounding community, in which we wanted to invite people to know who we are, how we practice our faith, and how we view life.”

Now, 20 years after its opening, the Ismaili Centre Lisbon enters a new period in its history. The establishment of the Seat of the Ismaili Imamat in Lisbon has reaffirmed Portugal’s status as a country of opportunity, peace, and pluralism. In his address to the Parliament of Portugal on 10 July 2018, Mawlana Hazar Imam remarked, “We know that we face a demanding future. But as we engage with those demands, the Ismaili Imamat will draw strength from our continuing sense of partnership with the people and the Government of Portugal. So let us, then, go forward together, bound by our shared past, committed to our shared values, and inspired by our shared hopes for a constructive, purposeful future.”