The.Ismaili brings you Sahil Badruddin’s interview with Karen Armstrong, an internationally acclaimed scholar and bestselling author of numerous books on religion. She won the 2008 TED Prize launching The Charter for Compassion, which has over two million signatories. She discussed her insights on compassion, the Golden Rule, nationalism, materialism, cosmopolitan ethics, religious literacy, the future of religion, perceptions of religious people, religious institutions, personal search, and her vision for the future.

Sahil Badruddin: The Golden Rule to treat others as we wish to be treated ourselves, you’ve often mentioned is the foundation of the virtue of compassion.

SB: While easier said than done, it’s actually a very difficult commitment. In a way—

Dr. Armstrong: It is.

SB: —it requires a constant daily struggle and a great deal of humility. Could you speak about the Golden Rule, compassion, and the power they have to create a peaceful global community?

Dr. Armstrong: I came to the Golden Rule, by my study and by my research. I found that every single religious tradition has formulated that Golden Rule—and said that it is that—and not a particular 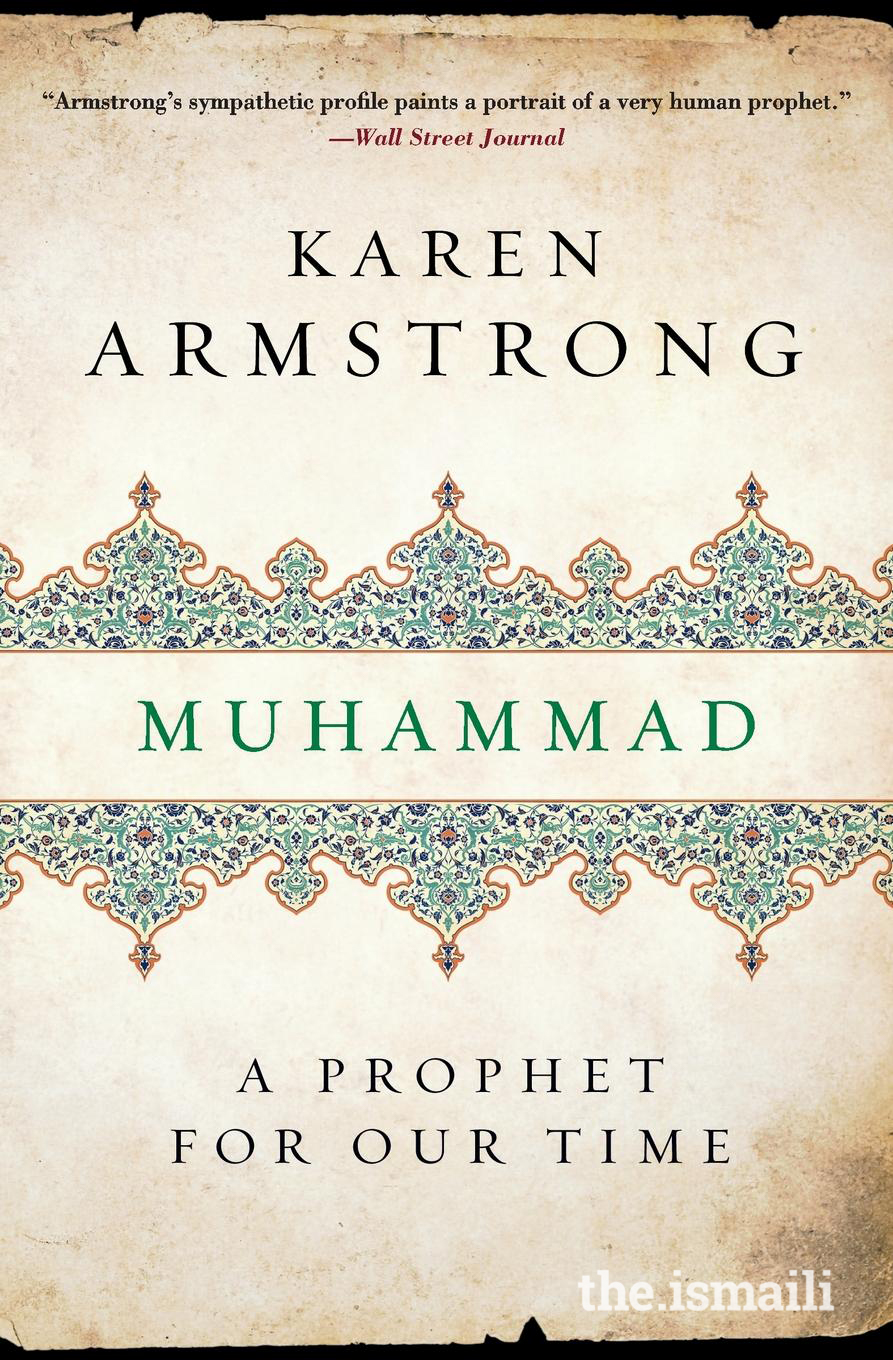 The.Ismaili doctrine, that is the fundamental teaching of their tradition. The first person to emphasize this in a way that was actually written down was Confucius, who was writing about some 500 years before the Common Era.

Right back at the very beginnings of civilization in ancient Egypt, the Golden Rule was of the essence of morality, because it was the only way to run a decent society. It is formulated in various ways—some people put it in the positive way, as you did yourself just now, always treat others as you’d like to be treated yourself. Others put the negative view forward, never impose on others, said Confucius, what you yourself do not desire. It requires of you that you look into your own heart, discover what gives you pain, and then refuse under any circumstance whatsoever to inflict that pain on anybody else.

The people who devised this wonderful saying, and who came to this conclusion, they were not living in loving, peaceful societies, but they were living in violent times, like our own, where aggression and warfare had seemed to reach an unprecedented level. They were doing this in a sense of urgency, and this was not just something for your private life, it was also essential for politics, they said. As one Chinese sage put it, if you honor the state as you honor yourself, you would not invade that state, because you’d know you would not wish to be invaded yourself.

It now seems to me that, unless now we implement the Golden Rule globally, so that we ensure that all people whoever they are, are treated as we would wish to be treated ourselves, the world is simply not going to be a viable place. All these, every single one of them, all these sages insisted that you cannot confine this benevolence to your own group. You must have, what one Chinese sage calls Yàn Aí — concern for everybody. “Love the stranger,” says the Jewish Bible. “Love your enemy,” said Jesus.

Frankly now, unless we treat our enemies with the practical help of the sort and with the respect that we would wish to have for ourselves, really, we’ll be in a very dangerous situation. If we’d done this more assiduously in the past, we wouldn’t be having so many terrible problems today.

SB: What, in your opinion, are the top two or three challenges you feel individuals face today that actually undermine their ability to make compassion a priority in their daily lives?

Dr. Armstrong: Well, number one is ego. I mean basically because what this does, it means that every day you can’t put yourself in the center of the picture. You have, in a sense, to dethrone yourself and put yourself in the position of somebody else. Now most people, frankly, don’t want to do that. We are programmed to be pretty selfish in order to survive. Our species wouldn’t have survived if we all sat down being without aggression. We survived as a species by terrible aggression. Our civilization depends upon violence and aggression.

No state, however peace-loving it says it claims to be, can afford to disband its army. Our state is founded on force, and all states, however lofty their ideals, have always been unjust, there have always been inequitable. The challenge is its ego, and of course compassion demands, as I say, that you dethrone yourself from the center of your world, put another person there, but you do it as Confucius said – not just when you feel like it but all day and every day.

That’s why also it’s not just a political practice but a spiritual practice, too, because what holds us back from what is called enlightenment, or holiness, or deification, or whatever you wish to call it, is selfishness, preoccupation with ourselves. The best way of doing that is by a system of compassion where you put other people first. It requires a great deal of intelligence. It’s not just a question of going around being nice. You have to decide what is actually the best situation from that person’s point of view and from the point of view of the whole and do a great deal of thought.

Again, people don’t want that kind of spirituality these days. A lot of them just want that spirituality to make them more than themselves. They want to have a nice warm glow, and they go to the church or the mosque, or the synagogue, or the temple. And to feel that they’re good people and one with the world, and then not likely to [have it] impinge too much on their lives. This is the demand that religion makes. It’s certainly there in the whole of Islam, the whole of the Qur’an is basically a cry for compassion—

More on The Ismaili